Installation was planned as stairs leading to the eye-level with monument Rusalka.

Monument with a figure of the Angel of Death (by sculptor Amandus Adamson) was erected in the 19th century as a navy memorial. Despite its grim beginnings, the Rusalka memorial is nowadays appropriated by the community as a popular meeting- and wedding-place and has become widely beloved. This shift in meaning inspired the installation which would offer up close and personal, face-to-face encounter with the heavenly creature.

The project was commissioned by city installation festival LIFT11, went through the whole planning process but was at final stage forbidden by the city government. 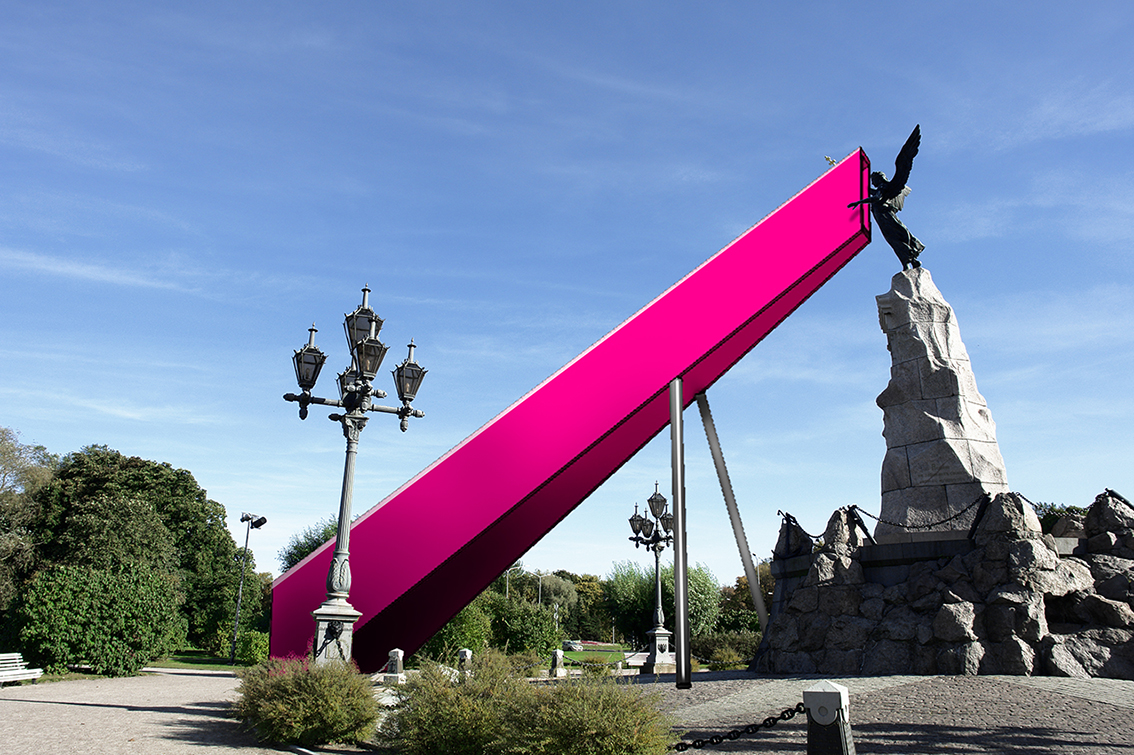