Work for Köler Contemporary Art Prize (KP) competition.
Köler Prize is the Estonian version of Turner Prize. Nominees submit two works of their own choosing: one new and one that has been exhibited previously.
For my exposition I decided to present works of other authors, from outside or in margins of artworld.

House of 27 Rising Suns installation presents one exhibit from former Estonian Firefighting Museum: the maquette of an actual apartment building, connected to 27 switches, each starting a fire somewhere in the house.
The museum has been closed for a times ago and the once famous burning house had become merely an urban legend. Luckily it was possible to trace, locate and retrieve the original maquette and also to get some information about its maker – a highly decorated firefighter, an author of a handbook Suppressing the Flames, a man named Teedo Melts (known also as the Maquette Master) who used his own households as a models for his maquettes – findings which I then displayed at the Köler Prize exhibition. 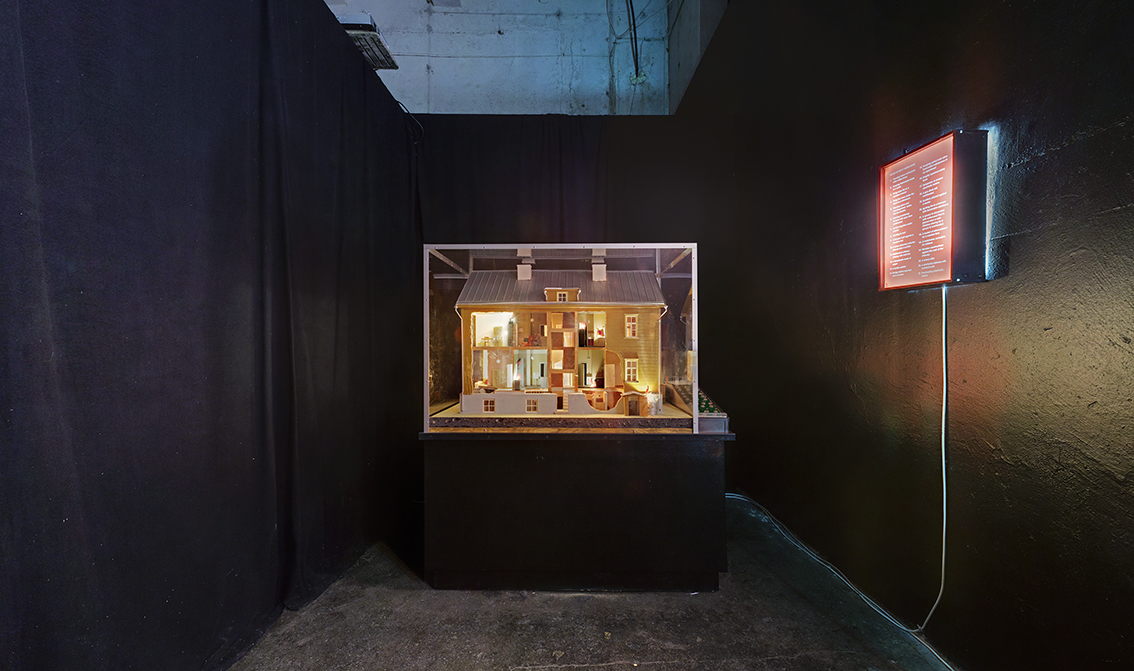 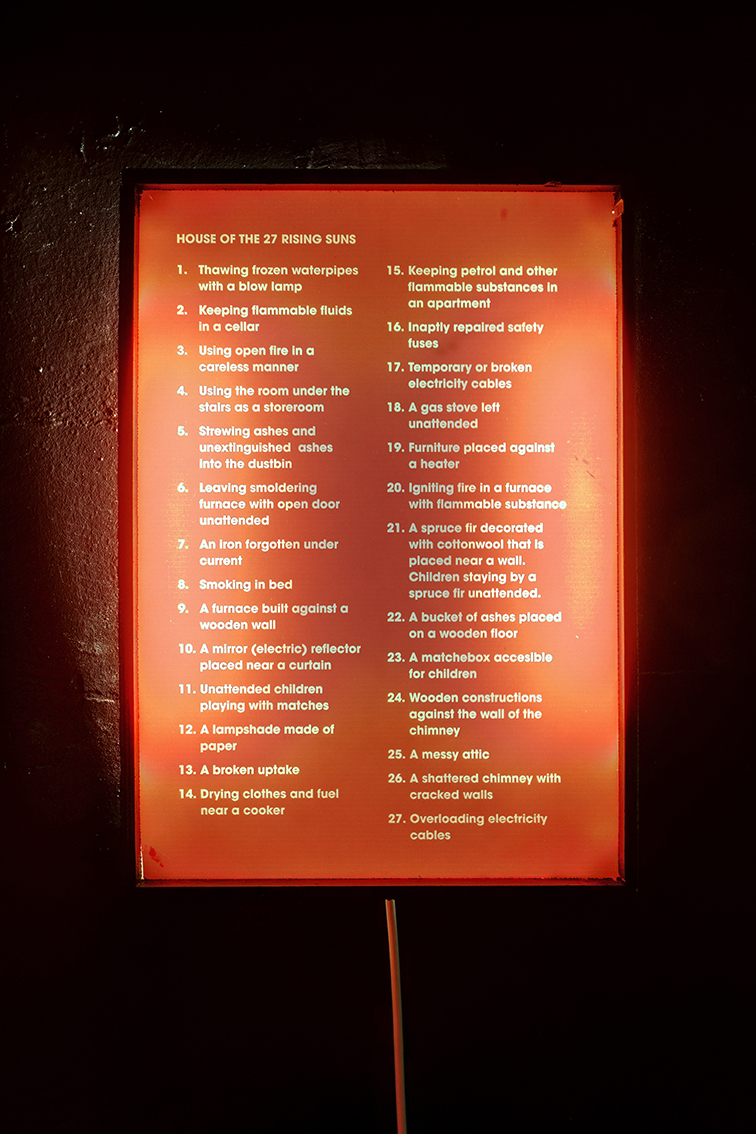 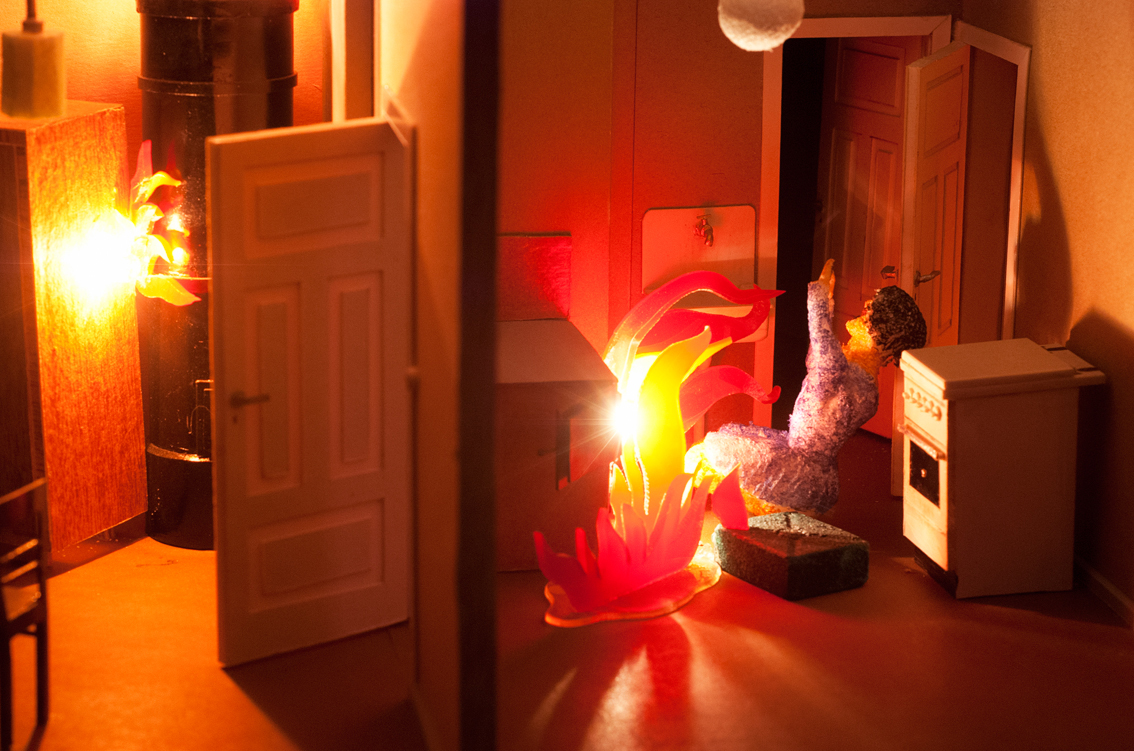 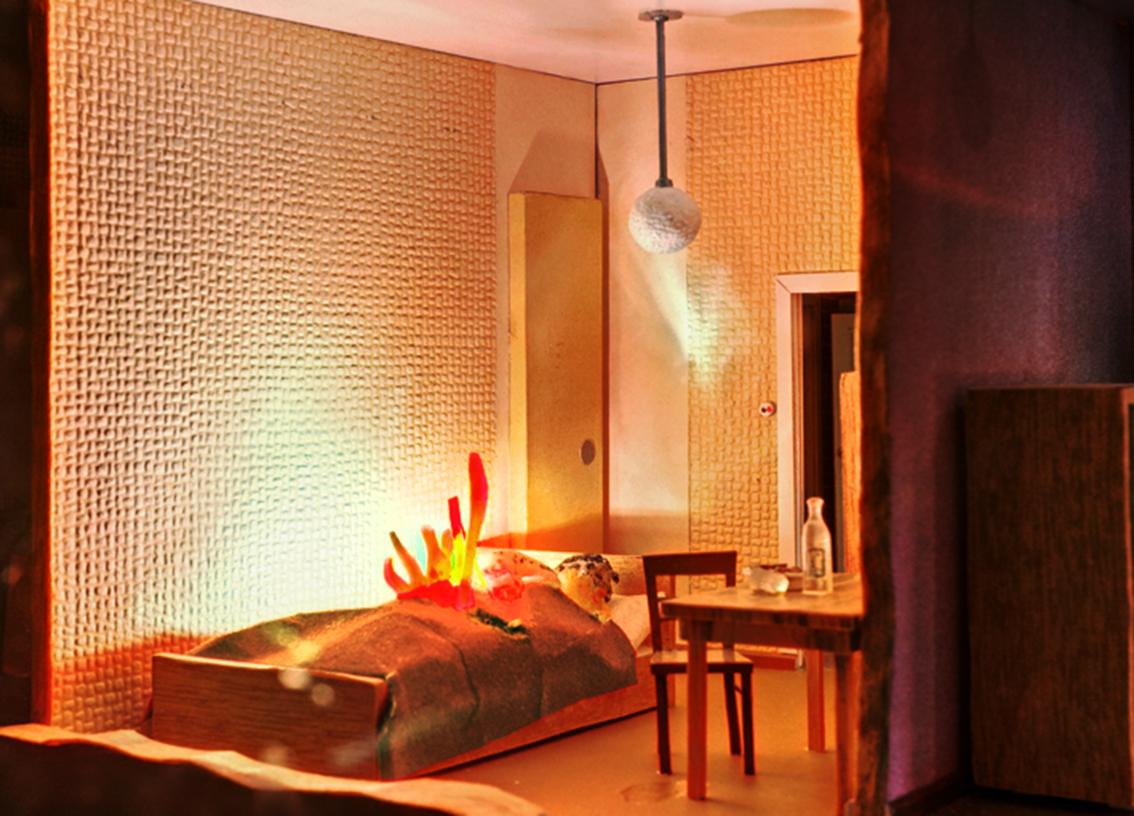