Graphic identity for a festival, organized by Estonian Composers’ Union since 1979, focusing on Estonian contemporary music.
In each year, the festival has a special focus and in 2014 it was: The Large Scale Work. The prints included 4 separate posters which together would form one large headline SUURVORM (the large scale work). 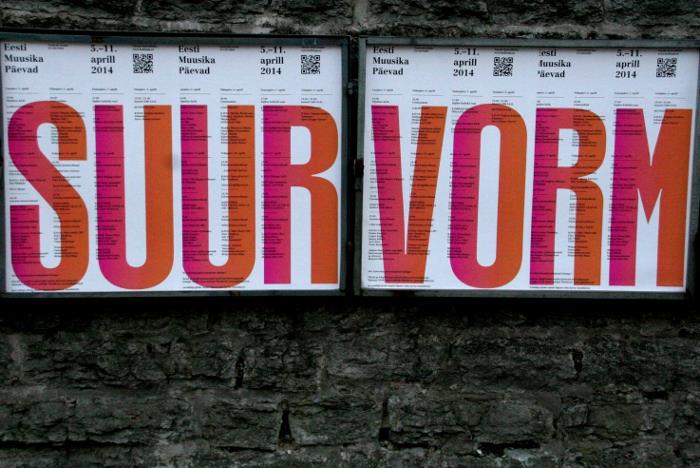 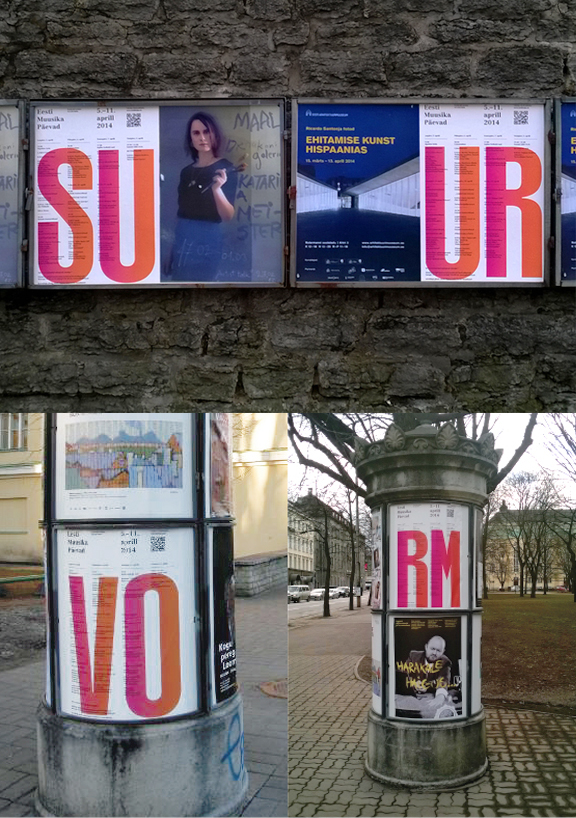