Next Stop: Academy of Arts

Proposal for the public artwork competition for the Estonian Academy of Arts new academic building (percent for art program) .

The function of the public art is to revitalize the location, whereas the percent for art program adds the function to represent the building and the institution.

As it would be absurdly tautological to represent the Academy of Arts via solid work of art, we find that the solution has to be a rather conceptual one.
As for a specific location, it is a narrow unused ground between passing road and tramline. In such harsh conditions, it demands no less than a clear-cut intervention to revitalize the place.
Given the above, we find that the suitable public art project for the Academy of Arts would be the tram stop.

It is safe to say that the Academy of Arts's tram stop would significantly boost said institution's presence in the public space - in the broadest sense. Among other things, an additional marking of Academy of Arts would appear to all city transport charts and graphs, and no tram would bypass without informing its passengers about the presence of the Academy of Arts.
The revitalization of the site under this project is obvious, it is only sufficient to point out that in the presence of a connected community (and one would easily expect the academy to embody such one), the public transport stops also act as places for socialization and leisure.

In conclusion, we find that the work "Next Stop: Academy of Arts" offers both a forward-looking spatial solution as well as a conceptual artistic gesture. 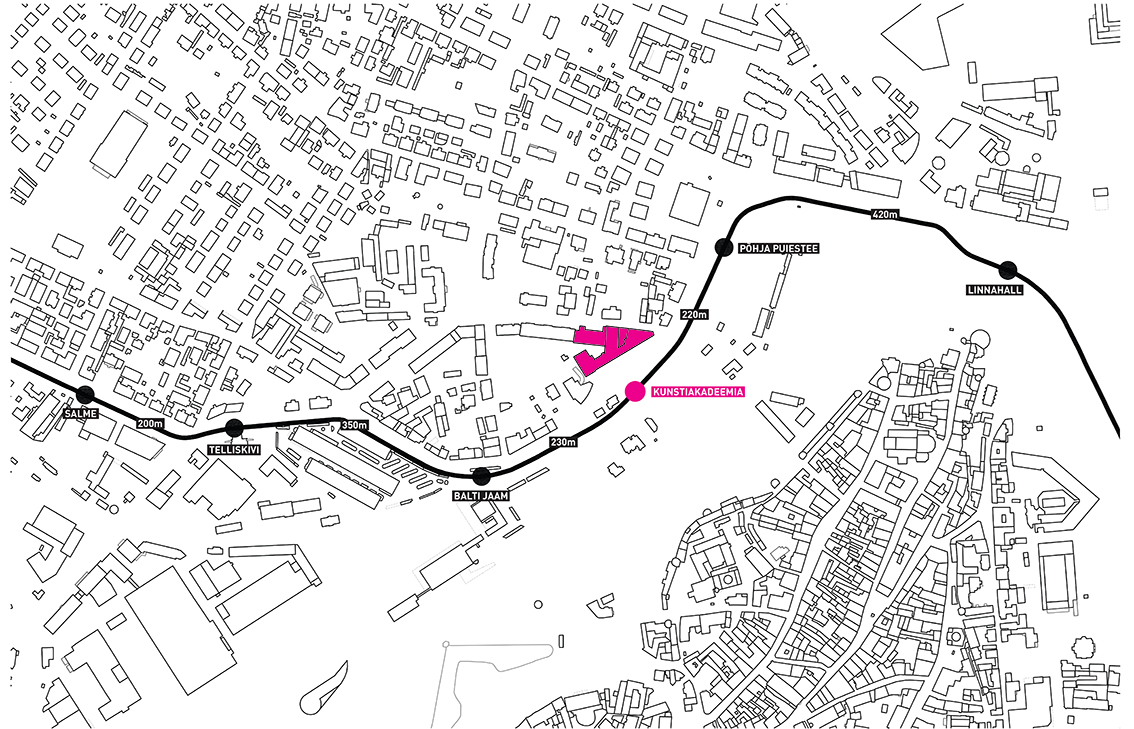 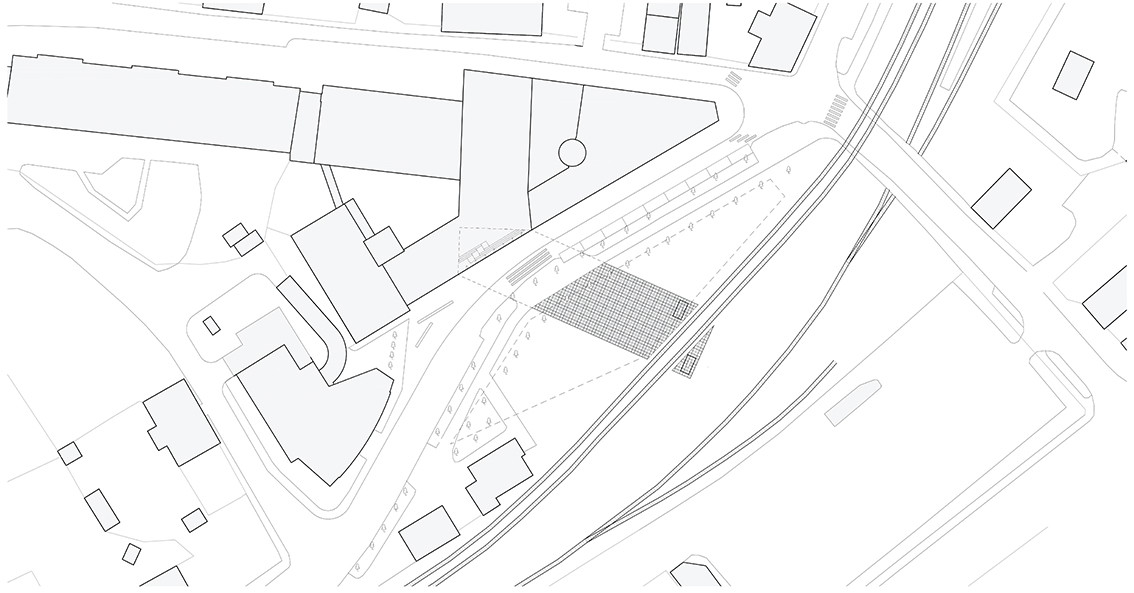 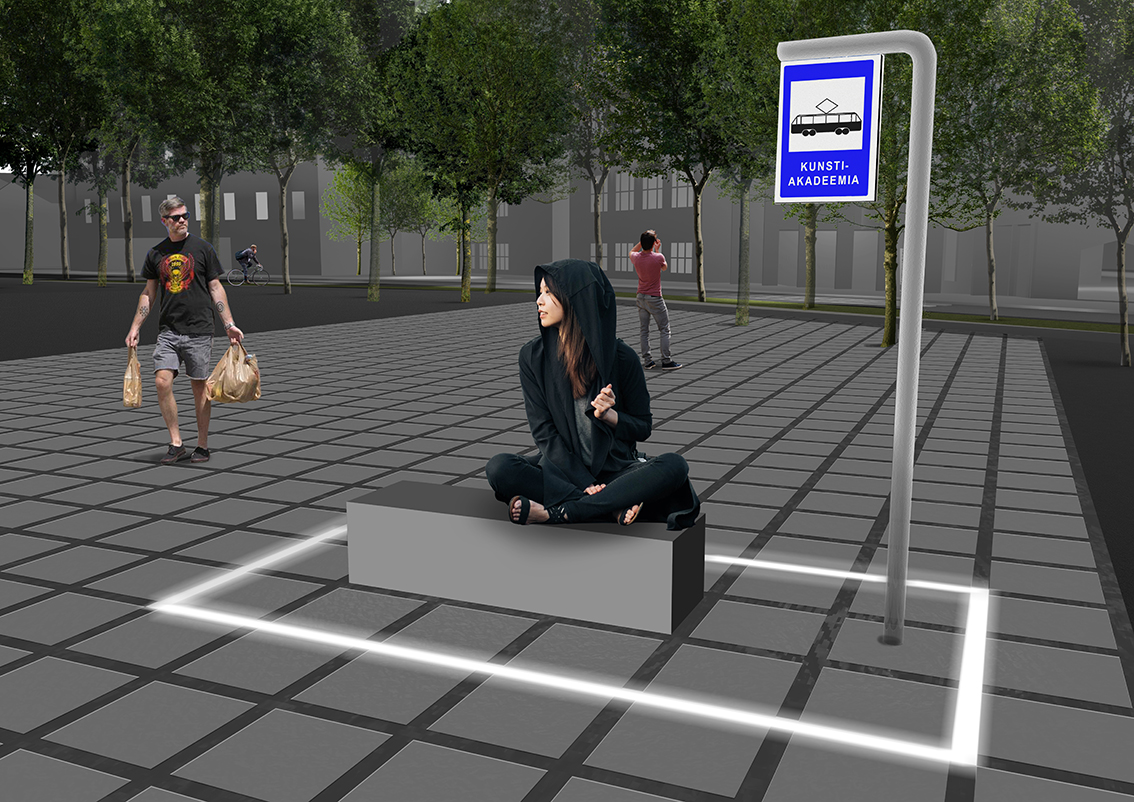 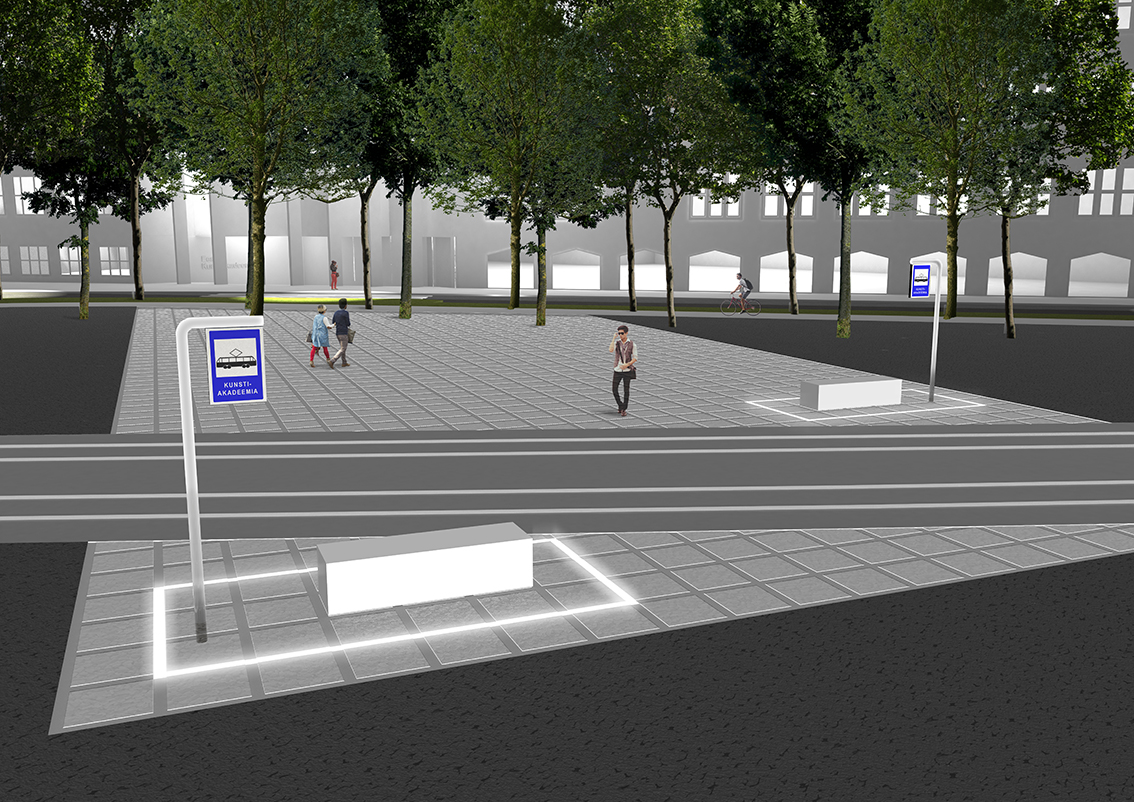 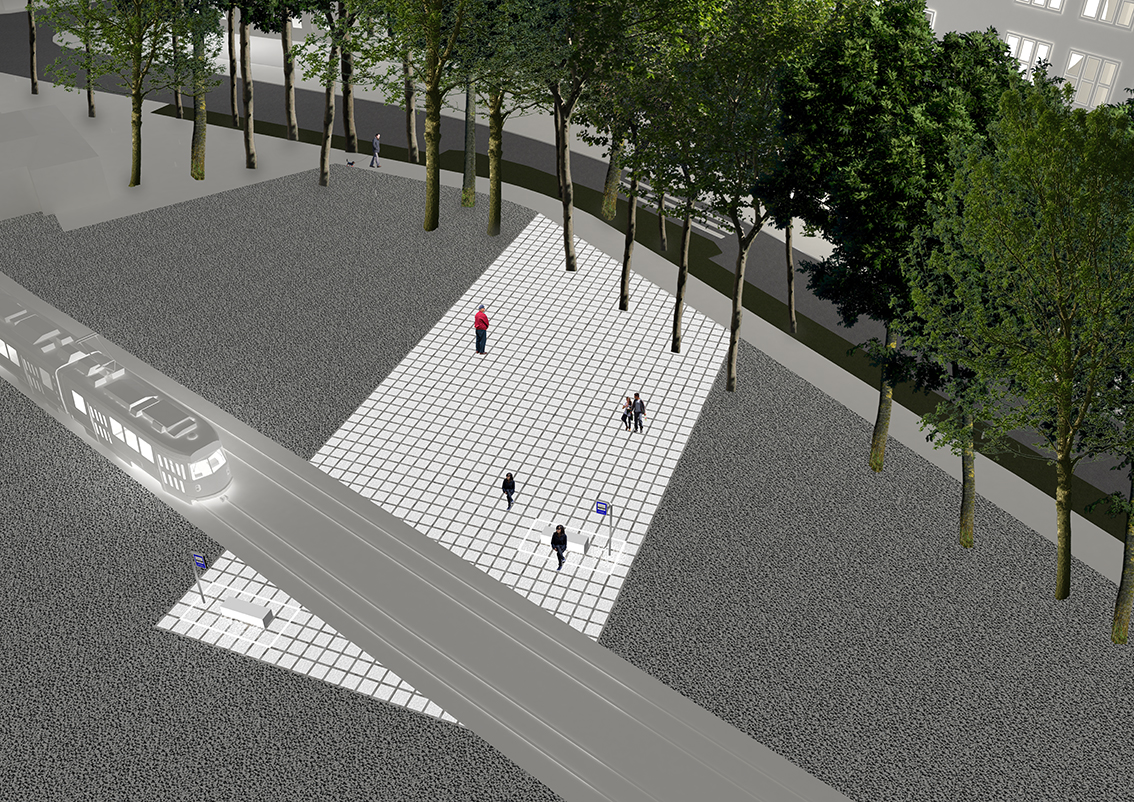